As we’re closing out October, I thought I’d try a new feature, a monthly news roundup of interesting articles I found on the internet. These might be actual news from the month or just articles that were new to me about environmental justice, energy, or other solarpunk themes.

This is an older article, and I’ve referenced in before, but it bears repeating here. Dr. Ayana Elizabeth Johnson wrote in June about how “Racism derails our attempts to save the planet.” It’s an excellent explanation of how confronting racism is a necessary component of fighting climate change.

Vanessa Nakate, a Ugandan climate activist, was interviewed by euronews and discussed how “the global south is not on the front page, but it is on the front line” of climate change. It’s a good look at climate activism from a different lens than the US or eurocentric viewpoint.

Brand new research has resulted in the world’s first room temperature superconductor! Before you jump for joy though, it requires extremely high pressures to make and operate the material. It is a promising step forward toward lossless electrical transmission and storage, however.

A new fusion plant design has been announced by AL_A and General Fusion. It looks to use a hydraulic hammer to compress hydrogen plasma inside a sphere of molten metal to initiate the fusion process.

Vox’s David Robert’s continues his in-depth coverage of the energy sector with a deep dive on geothermal power and its potential as an always-on baseload for renewable power. While I think we should keep our current nuclear plants running as long as possible to keep carbon emissions down, transitioning baseload power to geothermal makes so much sense.

Grist has put together a list of no regrets changes the US could make to change it from a climate laggard to a climate leader. These include electrifying everything, building more robust public transit, and investing in climate resilience programs.

As a damper on clean energy progress, Investigate West and Grist have recently uncovered suppression of research from the US Department of Energy by the current administration. If we want to move forward on climate action, we can’t be ignoring or silencing researchers. I realize y’all already know this, but it’s still some impressive reporting and I thought you might find it interesting.

A new study shows that Just 10% of Covid Recovery Funds could be enough to meet the Paris Climate Accord goals. This is a promising rebuttal to the common refrain that climate action costs too much.

New research indicates the “Great Dying,” the biggest extinction event in Earth’s history, was caused by an increase in atmospheric CO2 from volcanic activity. Ocean acidification, the bane of tidalpunks, and global warming resulted in the death of most of the life on Earth at the time. It is of note that there was more CO2 generated by the volcanic activity, a Siberian supervolcano, than that from anthropogenic causes in our current time. It does provide a sobering reminder that our levels of CO2 must be carefully managed.

The Harvard Business Review has and article from 2018 discussing the advantages of a six hour workday vs the eight hour day that is now common in the United States.

Have you seen any interesting articles related to solarpunk lately? Let us know below!

Saul Griffith wants to point out something that we in the science and engineering community have known for awhile: we already have the technology to solve climate change, we just lack the political will. Griffith’s new book, Rewiring America, is a deep dive into one course of action that would eliminate most fossil fuels from the American economy by 2035 and save households bundles of cash in the process.

I started engineering school in 2005, and while there was a growing amount of research into alternative energy at the time, we already had a pretty good idea of what would be needed to transition our economy away from carbon-heavy resources: electrify everything. Fifteen years later, the costs of solar, wind, and electric vehicle technologies have fallen exponentially. The best time to start investing in electrifying everything was during the 70s oil crisis. The next best time is now. As atmospheric carbon concentrations grow, we need to accelerate our efforts to decarbonize. Griffith and OtherLab‘s extensive analysis of US energy distribution shows the gains that can be made quickly by electrification.

One thing often ignored by opponents of climate action, but thoroughly explored in Rewiring America, is that electric motors and generation systems have a much higher overall efficiency than systems dependent on fossil fuels. Just by switching our current lifestyle to all electric, our overall energy consumption would drop by half in the United States.

Most of my quibbles with this book are because I’m not the target audience of the book. I don’t need convincing that climate change is serious and that we have to do something about it. I’m incredulous about Griffith’s claims that we don’t have to change our lifestyle or his handwaving with regard to the availability of certain critical materials, but Griffith is trying to reach out to the people on the fence who’ve been told by deniers that climate change is either a hoax or is too expensive to tackle. These climate delayers are a bigger problem than climate deniers, since the vehement denial of climate change is coming from a very small segment of the population. Most people agree that there is a problem, but don’t want to take action because they don’t believe it will affect them personally. Griffith skirts around equity and monopoly power while pouring on a heavy coating of patriotism to appeal to this audience that is on the fence about taking action on climate change.

One of the least appealing parts of the book was the incessant call for a war effort and lauding American exceptionalism. Griffith certainly isn’t the first to use this language, but it is getting a little old, not just for me. The book is US-centric, with only occasional references to what could happen worldwide, but we’re also the only country with a major political party that denies the science of climate change. We need this book more than anyone else right now.

Most people want the same basic things, but in the current polarized political environment we don’t even speak the same language. I think Griffith is doing a good job of trying to bridge this gap by focusing on the no-compromises parts of the energy transition: cleaner air, quieter cities, and more comfortable living. As a solarpunk, I don’t think we can ignore the equity or the structural problems that lead to the climate crisis to begin with, but Griffith’s plan gives us a starting point to have an honest conversation about climate action.

Have you read Rewiring America? Do you think it has the potential to kick people off the sidelines of climate action?

At first glance, energy democracy is a funny term. Are we worried about a coalition of coal and natural gas blocking amendments to a bill from wind and solar? Is nuclear over in the corner putting forth reasonable proposals while everyone backs away slowly because of rumors regarding her volatile temper?

Solar Farm by Michael Mees via a CC BY 2.0

Energy democracy is actually about bringing self-determination of communities back to energy generation, storage, and distribution. Not that long ago, most of society ran on locally-sourced energy. The bulk of this was in the form of windmills, water wheels, and wood-burning fires. As fossil fuels took the stage during the industrial revolution, energy supply and demand became estranged. Economies of scale for fossil fuel-based energy generation led to the creation of large power plants that supply power over an interconnected grid.

The 21st Century has seen the return of distributed energy sources. While solar and wind get the headlines, small modular reactors (SMRs), in-stream hydro, tidal, geothermal, and other distributed energy sources are showing promise as well. While the growth of these distributed generation technologies is good for decentralized solarpunk communities, it creates a point of friction with the existing centralized power grid. This is why when incumbent utilities do support renewables, they still want to build large, utility-scale projects. Nevada has had the most public battle over net metering in recent years, but many utilities have tried to suppress energy decentralization by pressuring legislators. In states like Virginia, where two companies have a monopoly on 80% of the energy market, it’s easy to see where problems might arise. 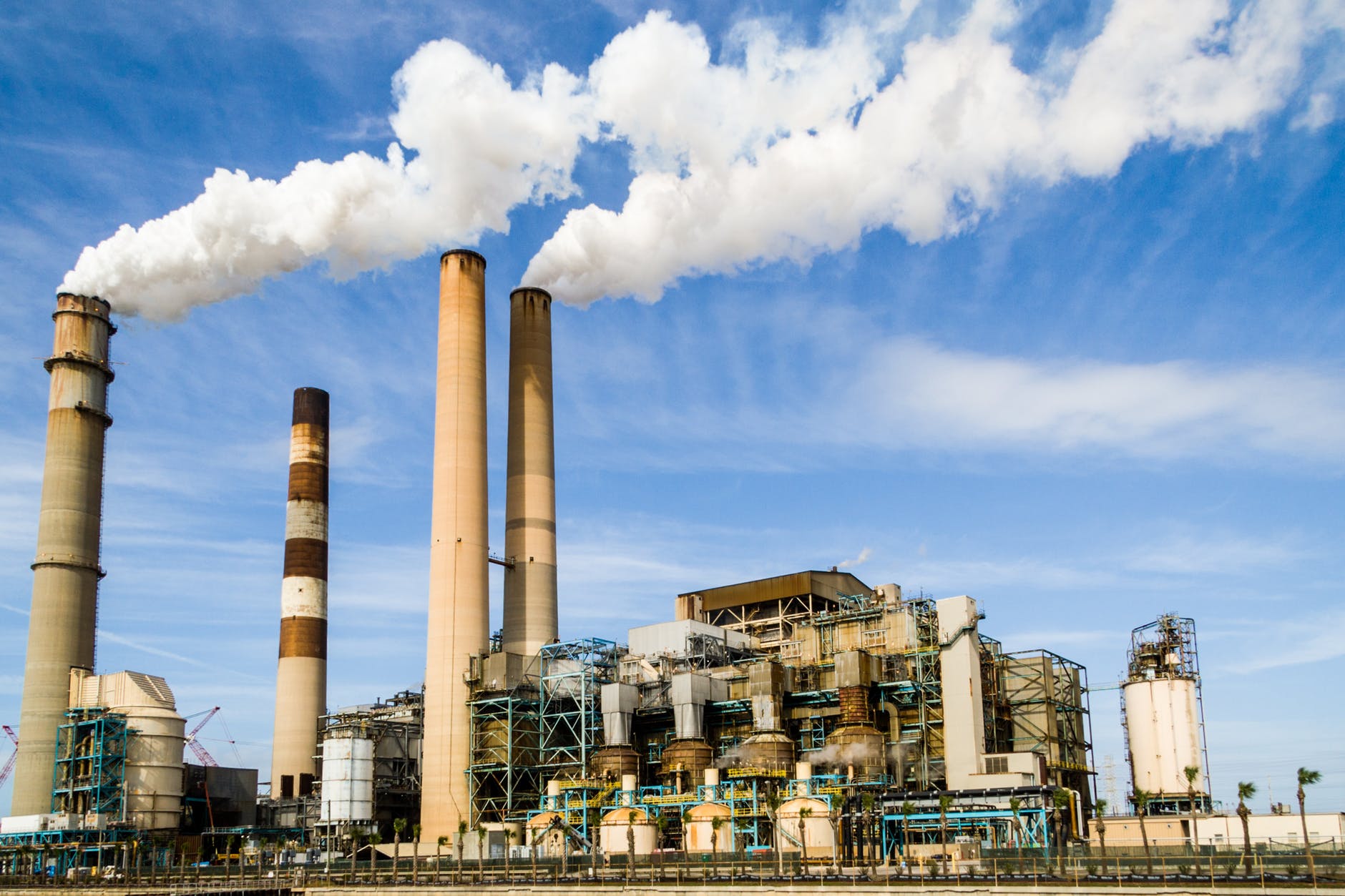 Photo by Pixabay on Pexels.com

There are some technical problems with energy decentralization which stem from the centralized past of the grid. As David Roberts explains at Vox, the grid was designed for one-way power flows from generation to distribution to end user. Solar, wind, and other distributed energy sources upend this model, sending power from the end-of-the-line back into the grid. There are several possible ways to overcome these difficulties ranging from going off-grid completely to piping every single generation source back into one giant grid managed by a central authority. For a solarpunk future, one possible option is the “decentralized, layered-decomposition optimization structure.” In this arrangement, the responsibilities of generation sources are held locally, but communities can still exchange power on an overarching, interconnected grid.

In some communities, such as Boulder, CO, the people have decided to municipalize their energy grid. Putting the grid into public hands makes it easier to align incentives between homeowners with rooftop solar, community-based generation projects, and the needs of all the users on the grid. Utility monopolies have to maximize profit and maintain the status quo. Energy democracy brings the power to the people, who can build a grid that uses distributed generation for a more robust, environmentally friendly, and healthy grid. The most extreme example of calls for energy democracy at the moment is the suggestion of a public takeover of PG&E. For more on areas that are flexing their energy democracy muscles, check out the Institute for Local Self-Reliance’s Community Power Map.

Do you have any energy democracy projects in your area? Let us know how your communities are fighting monopoly power and bringing clean, distributed power to the people.